Each year during the prize presentation portion of the Greater Jacksonville Kingfish Tournament, a special volunteer is honored with a very special award.

Named in honor of one of the Tournament’s founding members and the first Executive Director, Walt Murr, the award is presented to a volunteer who best exemplifies the “can-do” attitude its namesake was noted for.

“Walt was one of the tournament’s biggest boosters,” recalled Jacksonville Marine Charities Board member Pete Loftin. “In addition to being one of the Tournament’s founding members, he was probably its biggest advocate. He traveled to countless other established fishing tournaments and generated interest in our event.

“Walt was the type of guy who made everyone feel welcome and appreciated,” Loftin noted of the public relations whiz. “He played a major role in the early success of the tournament. It was only fitting that his role, unselfishness and total dedication to the tournament be remembered after his passing with the establishment of the Walt Murr Volunteer Award.”

The inaugural Walt Murr Award was presented in 1987 and honors the outstanding volunteer as chosen by the Tournament Chairman and the four Vice Chairman during the annual Tournament.

The Tournament Chairman solicits nominees from the Vice-Chairman, which are then passed to the Board of Directors, who make the annual selection. Congratulations to the following Greater Jacksonville Kingfish Tournament Volunteers whose dedication and efforts resulted in their being named Walt Murr Award winners: 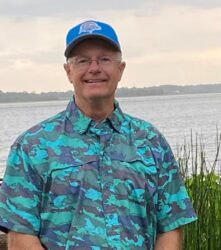